“You gotta see it, to treat it”… truer words were never spoken with regard to equine dental care! In this on-demand, anytime access e-learning course you’ll learn to hone your equine oral examination and dental radiography skills using cutting edge technology that is within your reach; best of all, you’ll learn at your own pace and when it best fits your schedule. Not only will you learn the latest in oral endoscopy and intra and extra-oral radiographic imaging, you will also gain a deeper understanding of oral and dental anatomy, common pathology, examination techniques, radiographic acquisition and interpretation. In short, you’ll learn how to better “see it”, so then you can better “treat it”. Best of all, this affordable and convenient online course is the pre-requisite content for the intensive hands-on training course. After satisfactory completion of this convenient and affordable online course, you will be fully prepared to master these techniques in the hands-on training course in our state-of-the-future CE facility here at CSU.

Dr. Rawlinson graduated from Cornell University Veterinary College in 1998.  She completed her residency program in Dentistry at the University of Pennsylvania in 2004 and became an American Veterinary Dental College (AVDC) Diplomate in 2005 and AVDC Equine Diplomate in 2014.  From 2004-2011, she created and ran the Dentistry Service at Cornell University.  Since 2013, she has been running the Dentistry Service at Colorado State University which is a species comprehensive service caring for small animals, equine, farm animal, and exotics/wildlife patients.  She is currently serving a two-year term as President of the AVDC.  Her research focus is equine maxillofacial regional anesthesia, but she is published in many other areas of interest as well.

Jack Easley received a DVM degree from Tuskegee University in 1976. After completing a Large Animal Internship at Oklahoma State University, he served as an Associate Professor of Surgery at Kansas State University from 1978 to 1980 where he completed an Equine Surgical Residency and received a Masters Degree in Surgery.  He was an Associate Professor of Surgery at the Virginia Polytechnic Institute, Virginia-Maryland College of Veterinary Medicine, 1980-1982.  In 1982, he was certified as a Diplomate for the American Board of Veterinary Practitioners (Equine) and continues this recertification. Since 1982, he has been in private practice in Shelbyville, Kentucky where he has an exclusive equine only practice with an emphasis on dentistry. In 2014, he became board certified by the American Veterinary Dental College as an equine dental specialist. For over 40 years, Dr. Easley has lectured extensively on and promoted equine veterinary dentistry throughout the world. He has written hundreds of articles for publication in professional as well as lay equine journals, textbooks, and periodicals.  He serves on the editorial review boards for Equine Veterinary Education, Equine Veterinary Journal, and the Veterinary Dental Journal. Dr. Easley is the co- editor and major contributor of Equine Dentistry, first published in 1999 by Harcourt-Brace Publishing (Saunders) being the first equine dental textbook in recent times. This textbook was ultimately printed in Spanish and German; the 2nd edition published in October 2004 and the 3rd edition co-authored with Drs. Paddy Dixon and Jim Schumacher released in 2010

Dr. Rice graduated from the University of Wisconsin-Madison Veterinary School in 2003. She was a general equine practitioner until 2009 when she started working in an equine dentistry practice. In addition to her clinical work, she enjoys educating other veterinarians, veterinary students and clients at continuing education events and meetings. She became a diplomate of the Equine American Veterinary Dental College in June of 2018. In her free time, she enjoys fishing, camping, and hiking with her husband and two Springer spaniels.

Dr. Henry graduated in 1993 from Michigan State College of Veterinary Medicine.  He has owned and operated Midwest Veterinary Dental Services for 15 years and completed a residency in dentistry at UC Davis.  He went on to obtain board certification with the American Veterinary Dental College in the Non Specie specific tract in 2015 and Equine Board certification in dentistry in 2016.  He is also adjunct assistant professor at the UW Madison School of Vet Med.   He provides dental care for large as well as small animals. 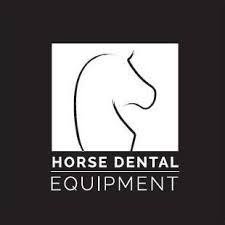 You are registering for "Equine Dental Diagnostics Upgrade: Focus on oroscope examination and radiograph acquisition and interpretation - Online Course"